I, like every one else who works during week can never wait patiently for Friday. Even when nothing exciting is planned we just want it to get here. We just don’t want to work!

I have to find a way to make money while I sleep so I don’t have to work lol. People do make money blogging. That’s why you see banner ads on this site but I don’t generate enough traffic/visitors to make money. Maybe if I keep blogging. But usually money making blogs focus on one topic. I am all over the place.

Maybe one day the missus and I can downsize our living so I don’t need to work everyday. Part time? That would be great. We really want an RV to travel but who’s to say we don’t live in that permanently! That would be so cool but scary.

No, I’m not funding the next blockbuster. I’m talking mostly about time. Today, went to go see the movie Glass. I am a big fan of M. Night Shyamalan movies so I was looking forward to checking it out.

Spoiler alerts. Glass is supposed to be the third installment of a trilogy. Part one was Unbreakable and two was Split. Both those movies, on their own were outstanding.

Glass, was terrible. I really wanted to walk out but we were too invested. It was about 45 minutes in when I realized it wasn’t getting better. I didn’t even care that the dude in front me was checking his phone periodically. I just wanted the movie to end.

Spoiler alert. Night must be trying to create his own comic universe much like Marvel and DC. He brings in this mysterious organization that is out to play down hero powers. It is not very well done. It’s kinda boring and not very believable.

Without saying more all I can say is that it was not a good movie. I can’t recommend it.

Joey in Friends makes sandwiches sound so good so I’ve been eating pastrami sandwiches lately. Hope to one day go to Katz Deli in New York to try the real deal.

I’ve been eating it with ham, havarti cheese, and Dijon mustard. I plan to upgrade the bread soon. 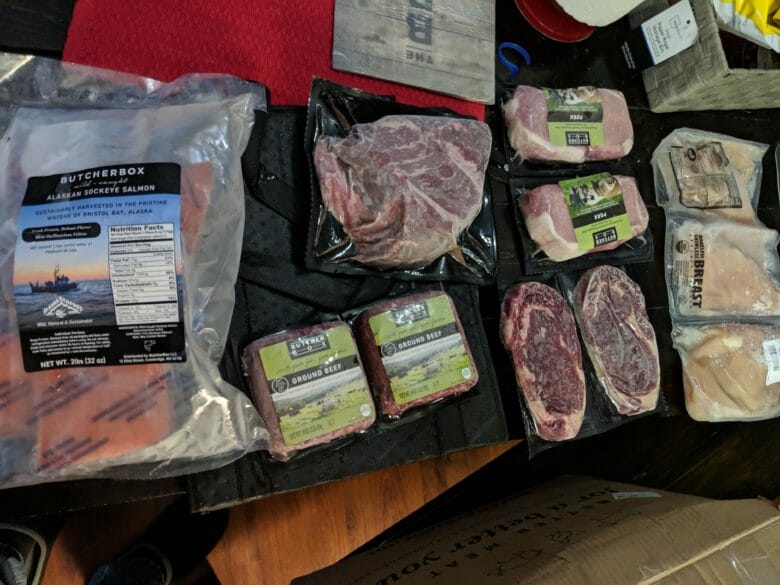 Everyone loves getting stuff in the mail and as a big meat eater getting meat directly to my doorstep is super awesome. 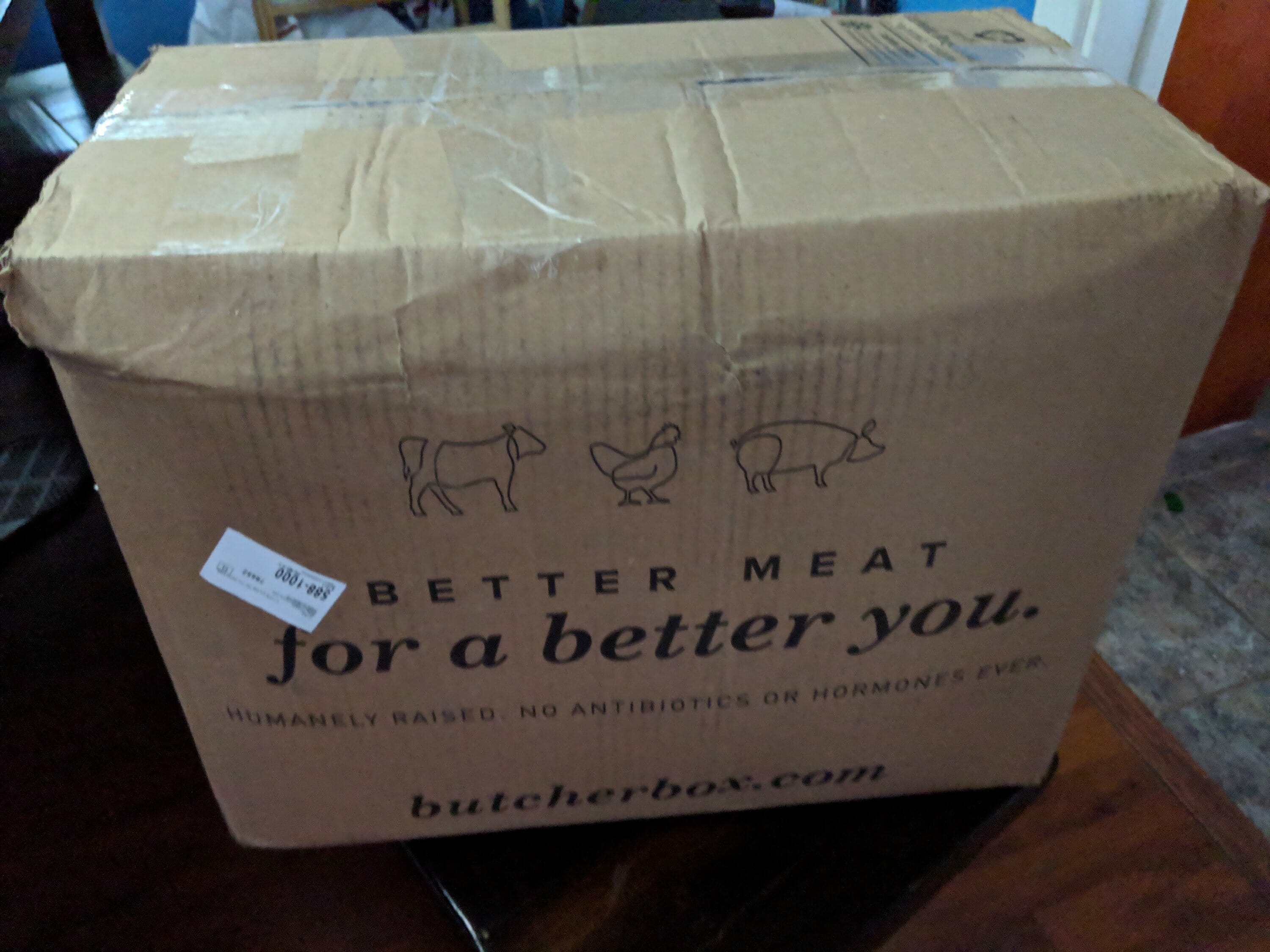 Butcher Box is meat subscription service where a box of frozen meat arrives at your door. We decided to try it because we think it would help us save money and cook more for ourselves. Time will tell.

If you want to try it, use this link so both of us get free stuff.

Check out the video of unboxing. 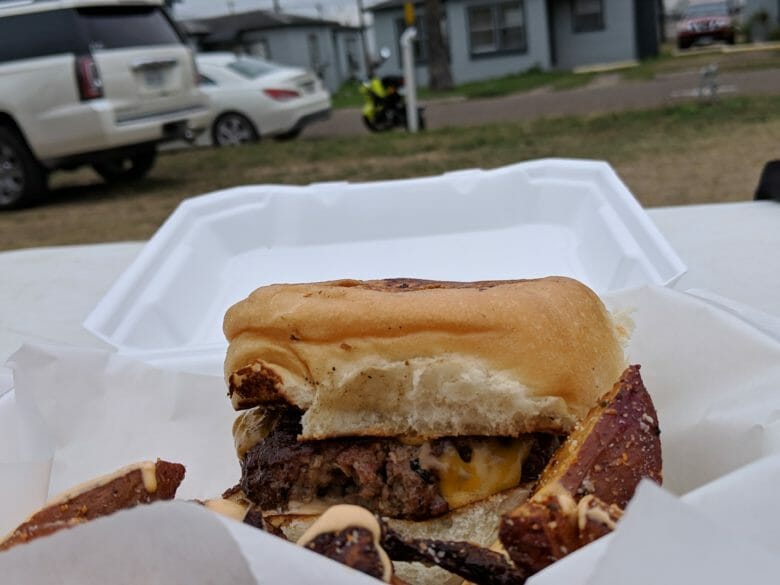 I’ve noticed that lots of businesses in Weslaco, TX support one another by sharing each other’s Facebook pages. Pete’s Mesquite Grill shared the page of a new Food Truck named Uncle Chops Smokehouse Burgers. Pictures looked very good so I headed that way for lunch on the Grom.

I ordered a burger called To The Point.

It was delicious. I didn’t read that it came with a srichachi sauce so I didn’t tell them to hold it. I’m glad I didn’t because it was great.

So if you find yourself in Weslaco. Try it out! 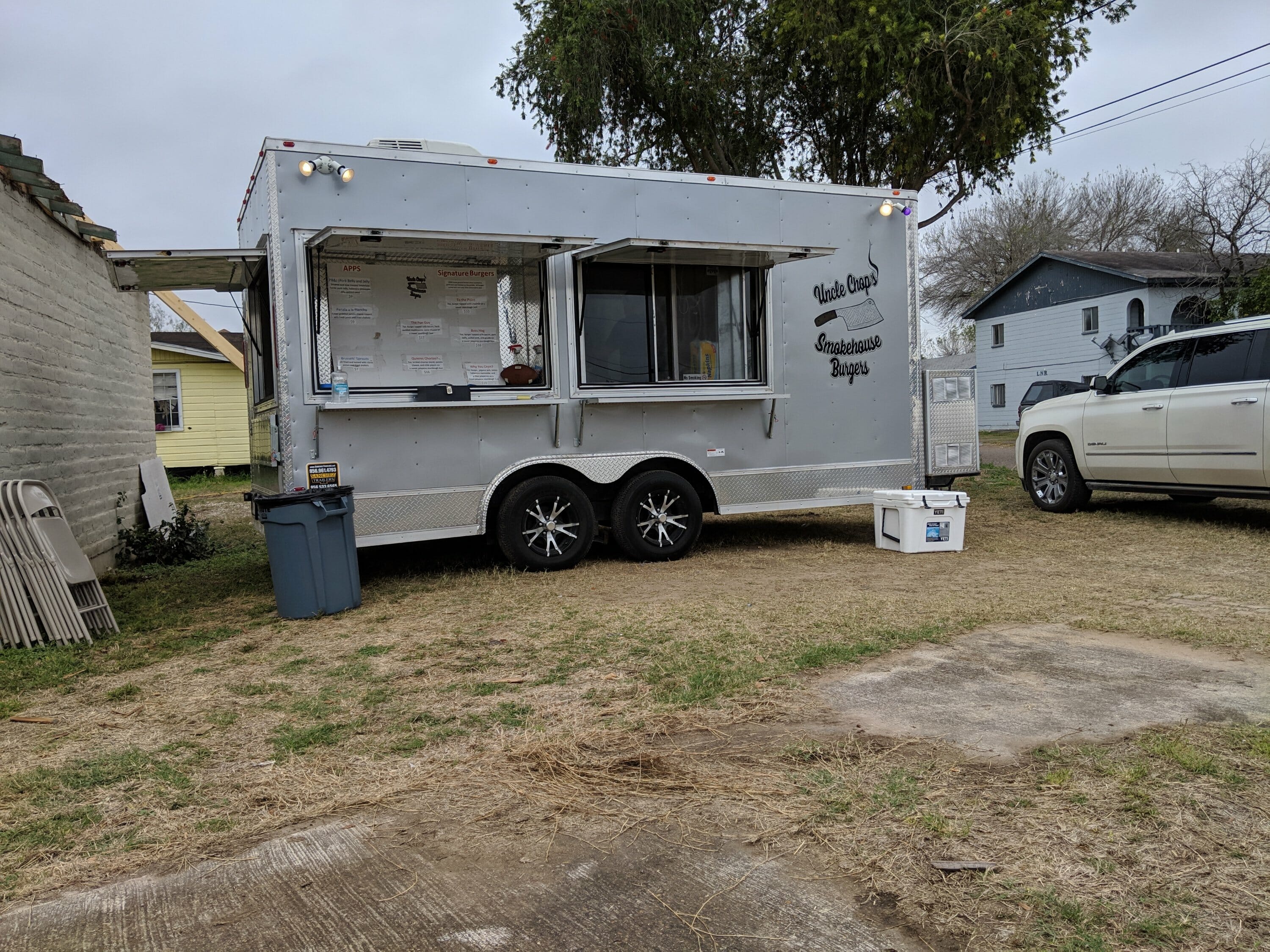 Harder Than I Thought

I can not believe how hard it has been to blog every day. So far, I have missed three days. Yesterday after work, I was really hungry so I asked the missus if we could go eat before church instead of after. We did so and then went to church.

After church, we hung out a bit outside talking to friends and then we went to Wal-Mart and Target so that I could find some new headphones.

That took some time. We probably got back home at 10pm. We watched a few shows and before you know it, it was passed midnight!

So yeah, this is hard!

Investing in a Book

Some may know that I do not like watching movie trailers. I feel they give away too much. Similarly, I do not like to read what a book is about. I browse books by their rankings, previous books by the same author, by category, and yes, even by their cover.

Many years ago, this method backfired on me and I ended up reading a book I would have never have read. What’s funny is that I had previously recommended the book to a friend who likes that kind of book. The book was The Passage and I only knew that it was about vampires. I passed it up and forgot all about it until several months later when the book crossed my path again. I had totally forgotten about it and it’s main subject. I only knew that it was topping the charts so I started reading it.

I remember it took several chapters before I realized it was a vampire book, but by then, it was too late. I was already too invested.

So invested, that I was super annoyed that it took years for parts two and three to come out! Grr.

I recently recounted this story to the missus because Fox has now made it into a TV series. I watched the first episode and it was…. Different. Didn’t hate it so I’ll see how much I invest into it.

I was still ill today and didn’t go to work and missed today’s blog.

Woke up this morning feeling very out of it. Very weak and zombie-like. I laid out most of the day. I did head out to the store to get some new shoes but regretted it as soon as I hit the road.

When I got back home I had to lay down and stayed there until the missus came back from church.

Hopefully tomorrow is a better day.