Today’s GromNom trip took me to F Street in Harlingen, TX. I think every town has an F Street. I don’t mean the name, but the type of street. These streets have everything. Tortillerias, Car Washes, Meat Markets, Appliance Repair Shops, Mechanics, Tire Shops, Mexican Food Trailers etc etc. You’d think this is a long strip, but it’s not. It is probably not even a mile?

In the 90s and earlier, F street was where people went cruising on Friday and Saturday nights. Loud cars, loud music, rowdy people, and trouble.  I think people still cruise, but they are on the bigger streets that are more spread out.

So for lunch, I went for a cruise on my Honda Grom down F Street to look for a food trailer. The trailer I was originally looking for was actually just a raspa stand (snow cones). I ended up at La Fonda further down the road. Now, although I am Mexican/Hispanic, my Spanish is not so great. Without looking it up, I would have told you that Fonda meant “a fold” or “a blanket”. That is probably Tex Mex or just plain wrong. Looking up the actual definition tells me that it means “small restaurant”, “cheap restaurant”, or an “inn”. We’ll go with small, cheap restaurant. 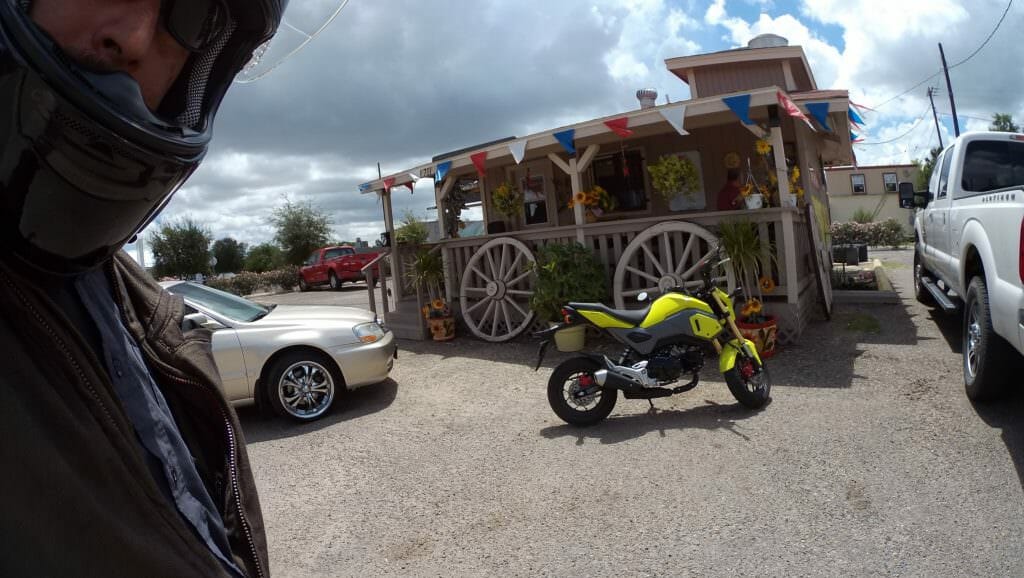 La Fonda on F Street in Harlingen is more of a Food Stand than a Food Trailer. Maybe there were wheels on it at one point but it looks like a small shed with a porch. On the porch, you can eat on some tables or on some stools. The people were incredibly nice. Always smiling and very courteous. I ordered the Bistek Ranchero. 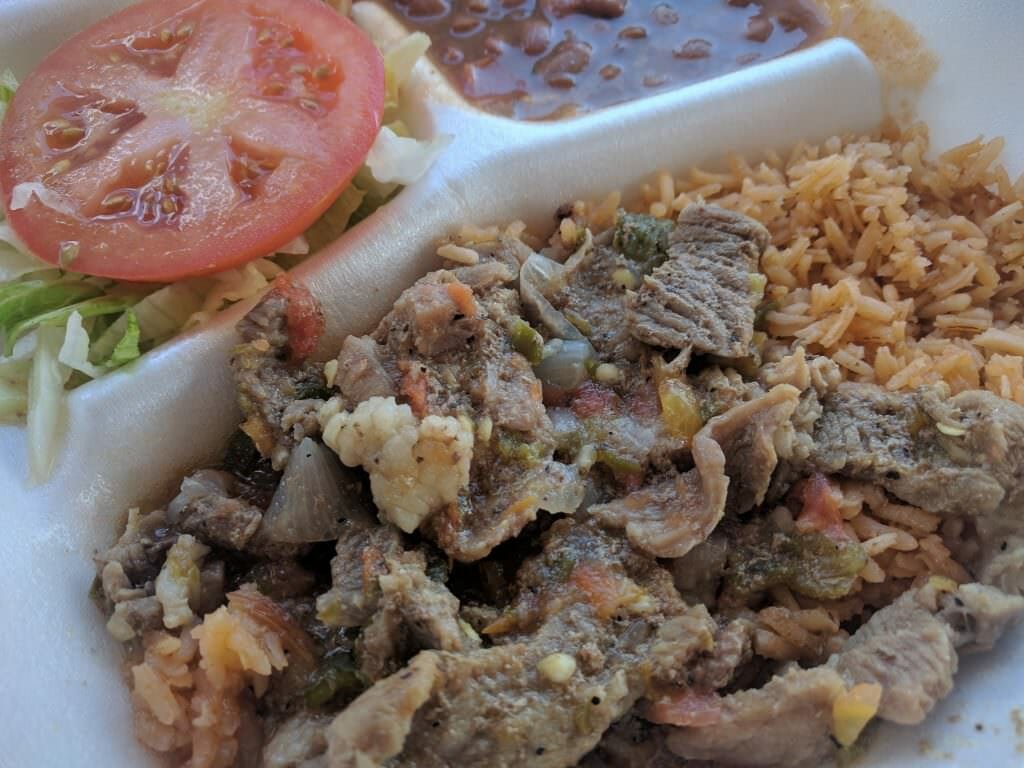 You visit enough Mexican joints and you quickly learn that anything with Ranchero in the name means it is going to be spicy! Normally, I’d avoid this since my stomach can’t handle it very well but I wanted to try something outside my boring pallete of Fajitas and Carne Guisada. The Bistek Ranchero was served with rice, charro beans, flour tortillas and a small salad. One day I’ll get over my aversion to charro beans and try them. For now, I didn’t touch them. Everything else I ate.

I ate, and it was GOOD. Tender Bistek. Tender SPICY Bistek. Lots of it! The tortillas appeared to be homemade and they were really good. Rice was decent but it was so hot.

Lastly, let me remind you about how I said the staff was incredibly nice. I made sure they accepted debit/credit cards before ordering since I didn’t have cash. Unbeknownst to me, as I ordered, the cashier that handled the cards had to leave due to an emergency. I believe she uses her phone. Maybe Square app, or similar. The other cashiers and staff were super apologetic and assured me I could return the next day to pay! I’d expect that kind of service from a restaurant I frequent a lot! SO, I’ll be GromNom’ng there again sooner then later!