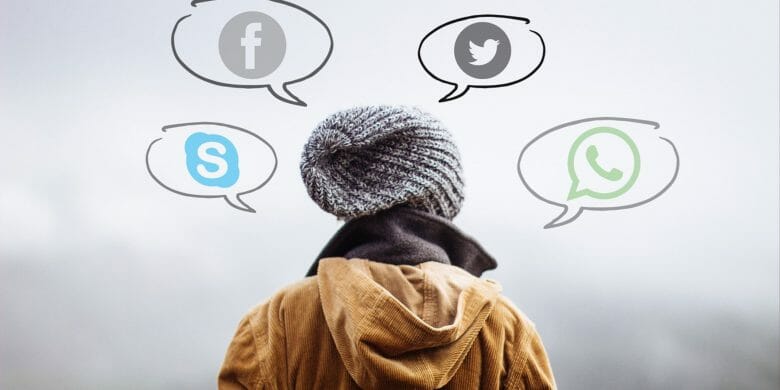 Years ago, before the term “social media” was a part of everyone’s life, this blog was where I wrote about things that interested me, funny stories, photos, life events, etc. I remember people thinking it was odd that I had a blog where I wrote and shared things, but now, people think it’s odd when someone doesn’t have a social media account where they share everything. Why? Because it is all about social media now. There was a time where several of my friends were blogging also, but they are all on social media.

For some time now I have been wanting to start blogging again. Yes, I’ll post a few things and then stop but I really want to be more consistent with it. That will probably mean not posting on social media anymore and it will probably mean no one will be reading what I write. I guess that’s OK. Going back in time to read my old posts is what I enjoy the most so this blog is more of journal I suppose.

When I post this blog entry, it will most likely also get posted to Twitter automatically. It will be last time it does that. I can’t complain about social media while my blog posts are on Twitter so I’ll disable that. 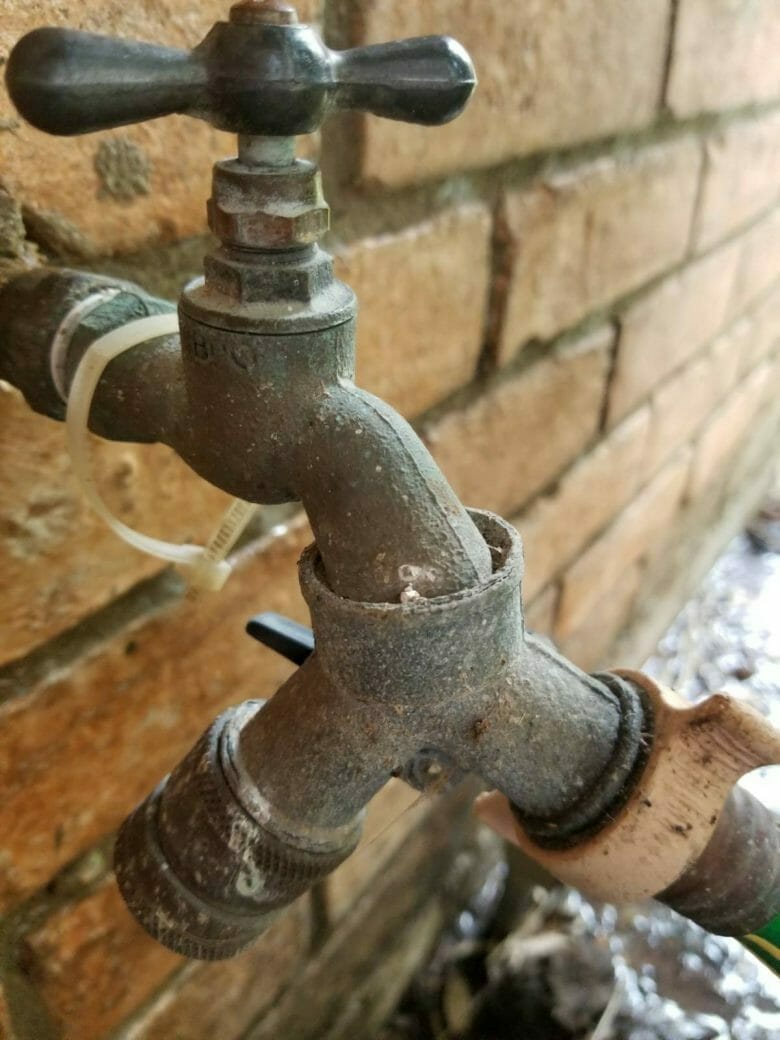 I have been at my home for a little over 10 years now, so things are breaking! Two summers ago my Air Conditioner was on the fritz. It would frequently have to be manually reset. The thought of having to fork over tons of money to have it fixed had me freaking out. I don’t have an emergency fund (more on that in another blog), so if it broke, we’d have to give up food for the rest of the year!

BUT, a friend told me about home warranties. With a home warranty, you pay a monthly fee that covers household repairs for major appliances, plumbing, electrical, etc etc. It is another monthly expense but it is also a peace of mind. I was able to save a a lot money in repairs for my AC. I only had to pay a $100 deductible while they worked on my unit for several days.

Most recently, we had some plumbing issues that was way above my “handyman” level.

As you can see from the pictures above, one of the faucets outside of our house sprung a leak from what is called a hose bib. All of YouTube said it was an easy fix, if all the plumbing was exposed! Not so at our house. As you can see, in order for the plumber to get to the plumbing he had to go through the living room. Looked easy, but not something I could have done myself.

I also had some other issues.

There is a main water line cut off in the front yard that also leaked. Here is a video of the missus trying to cut off the main line. She did more than cut!

So things kept getting worse. Not pictured are some valve leaks in our main restroom sink.

All these issues were fixed with only my $100 deductible, and it is guaranteed for 45 days!

I love my home warranty from American Home Shield. I highly recommend it to any homeowner. If you want to try it, you can use my referral link so that both of us earn a $25 Amazon gift card! 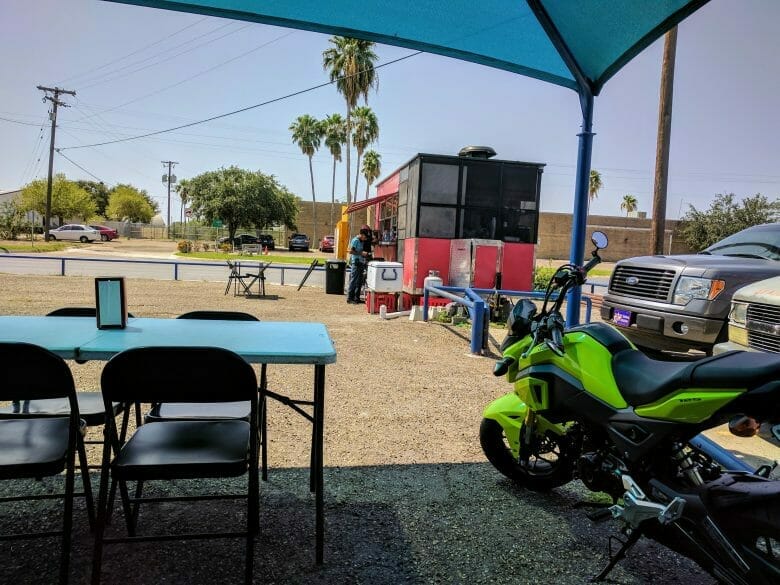 This GromNom trip took me to a food trailer parked inside a used car dealership towards the center of town. Juan More Taco is its catchy name.  I had seen this trailer a few times while in the area but never considered it for lunch. That was until a new coworker, who is a recent transplant from Tyler, TX, recommended the spot.  He raved about the Trompo, so for lunch, I hopped on the Grom and headed that way.

It is in a pretty big parking lot so they have a nice setup. Lots of tables under a blue canopy. (The blue canopy gave my pictures a blue tint that was very filterish. I tried removing it). Even though there was lots of seating, I was the only one there for some time.

I ordered the Trompo, but was told they were out so I went with an order of Fajita Tacos. An order of tacos at these places is usually 6 corn tortilla tacos. Also known as Street Tacos. Along with your meat of choice, they are topped with Cilantro, White Cheese, Avocado, and Onions. (No onions for me though). 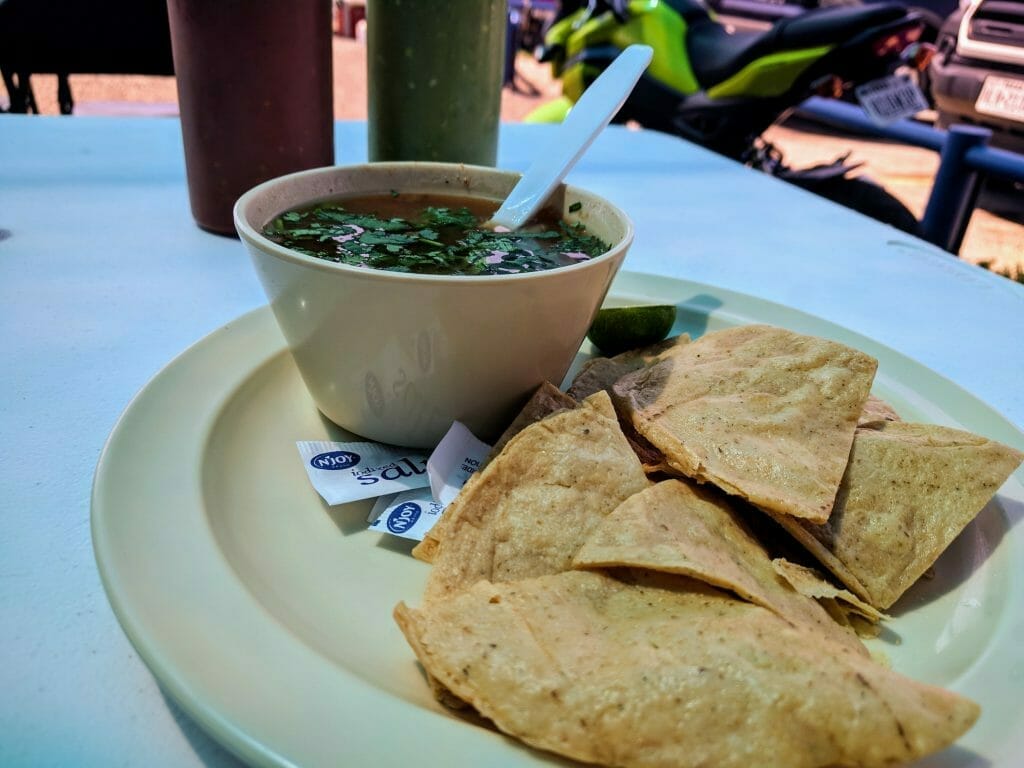 As I was waiting for my food, another customer came along. We got to talking and he too raved about the Trompo. He loved that they are served with slices of pineapple. Trompo, is cooked in a red sauce and with pineapple, but is rarely served with pineapple. I really really wanted to try the Trompo! Luckily for me, as the girl brought me my chips, she told me they did have some Trompo after all! 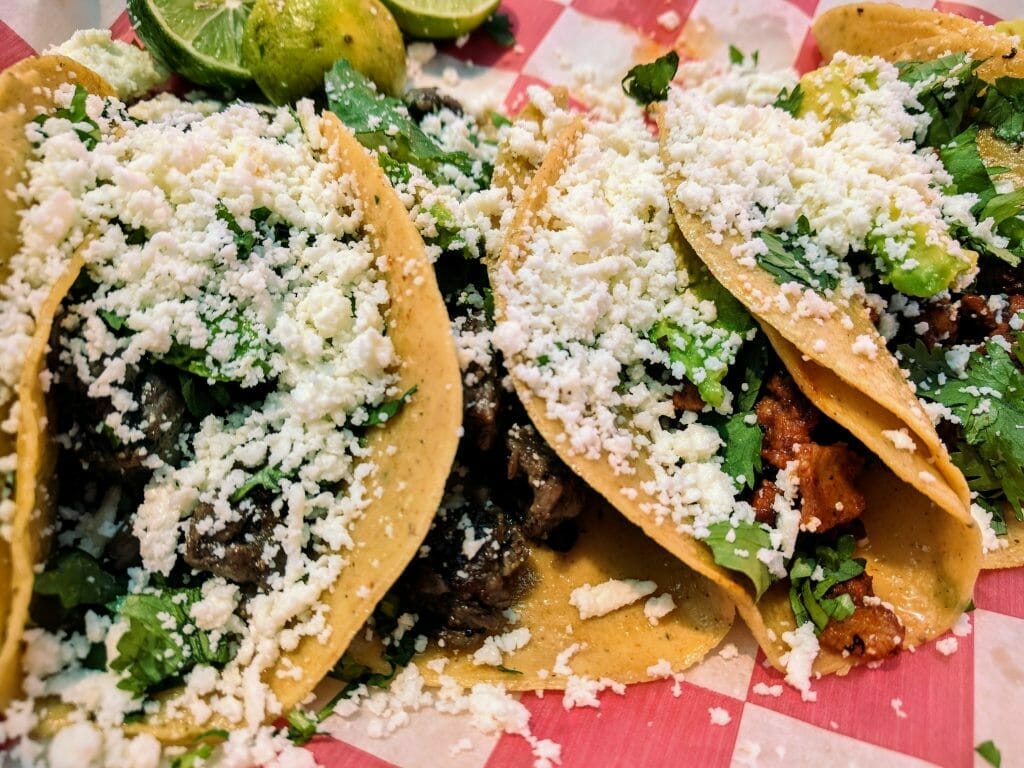 They only had enough for a half order, so I went with half Fajita and half Trompo. Amazing! The Trompo lived up to all the hype. Very tender, very juicy, very pineapplie! I have been back since and it was still so good. 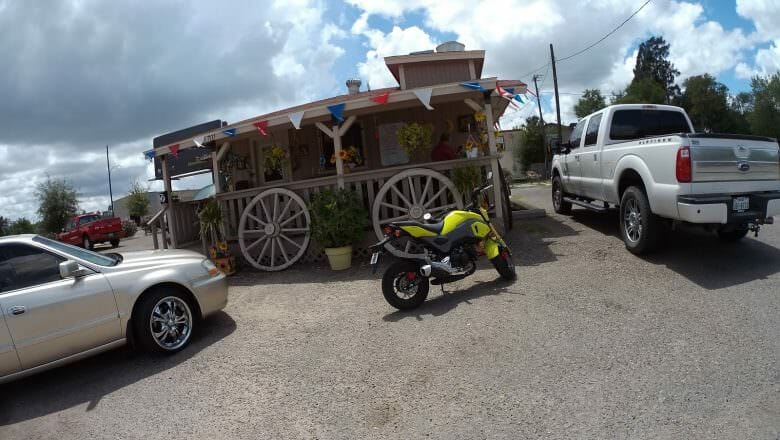 Today’s GromNom trip took me to F Street in Harlingen, TX. I think every town has an F Street. I don’t mean the name, but the type of street. These streets have everything. Tortillerias, Car Washes, Meat Markets, Appliance Repair Shops, Mechanics, Tire Shops, Mexican Food Trailers etc etc. You’d think this is a long strip, but it’s not. It is probably not even a mile?

In the 90s and earlier, F street was where people went cruising on Friday and Saturday nights. Loud cars, loud music, rowdy people, and trouble.  I think people still cruise, but they are on the bigger streets that are more spread out.

So for lunch, I went for a cruise on my Honda Grom down F Street to look for a food trailer. The trailer I was originally looking for was actually just a raspa stand (snow cones). I ended up at La Fonda further down the road. Now, although I am Mexican/Hispanic, my Spanish is not so great. Without looking it up, I would have told you that Fonda meant “a fold” or “a blanket”. That is probably Tex Mex or just plain wrong. Looking up the actual definition tells me that it means “small restaurant”, “cheap restaurant”, or an “inn”. We’ll go with small, cheap restaurant.

La Fonda on F Street in Harlingen is more of a Food Stand than a Food Trailer. Maybe there were wheels on it at one point but it looks like a small shed with a porch. On the porch, you can eat on some tables or on some stools. The people were incredibly nice. Always smiling and very courteous. I ordered the Bistek Ranchero.

You visit enough Mexican joints and you quickly learn that anything with Ranchero in the name means it is going to be spicy! Normally, I’d avoid this since my stomach can’t handle it very well but I wanted to try something outside my boring pallete of Fajitas and Carne Guisada. The Bistek Ranchero was served with rice, charro beans, flour tortillas and a small salad. One day I’ll get over my aversion to charro beans and try them. For now, I didn’t touch them. Everything else I ate.

I ate, and it was GOOD. Tender Bistek. Tender SPICY Bistek. Lots of it! The tortillas appeared to be homemade and they were really good. Rice was decent but it was so hot.

Lastly, let me remind you about how I said the staff was incredibly nice. I made sure they accepted debit/credit cards before ordering since I didn’t have cash. Unbeknownst to me, as I ordered, the cashier that handled the cards had to leave due to an emergency. I believe she uses her phone. Maybe Square app, or similar. The other cashiers and staff were super apologetic and assured me I could return the next day to pay! I’d expect that kind of service from a restaurant I frequent a lot! SO, I’ll be GromNom’ng there again sooner then later!

3 Weeks On The Grom 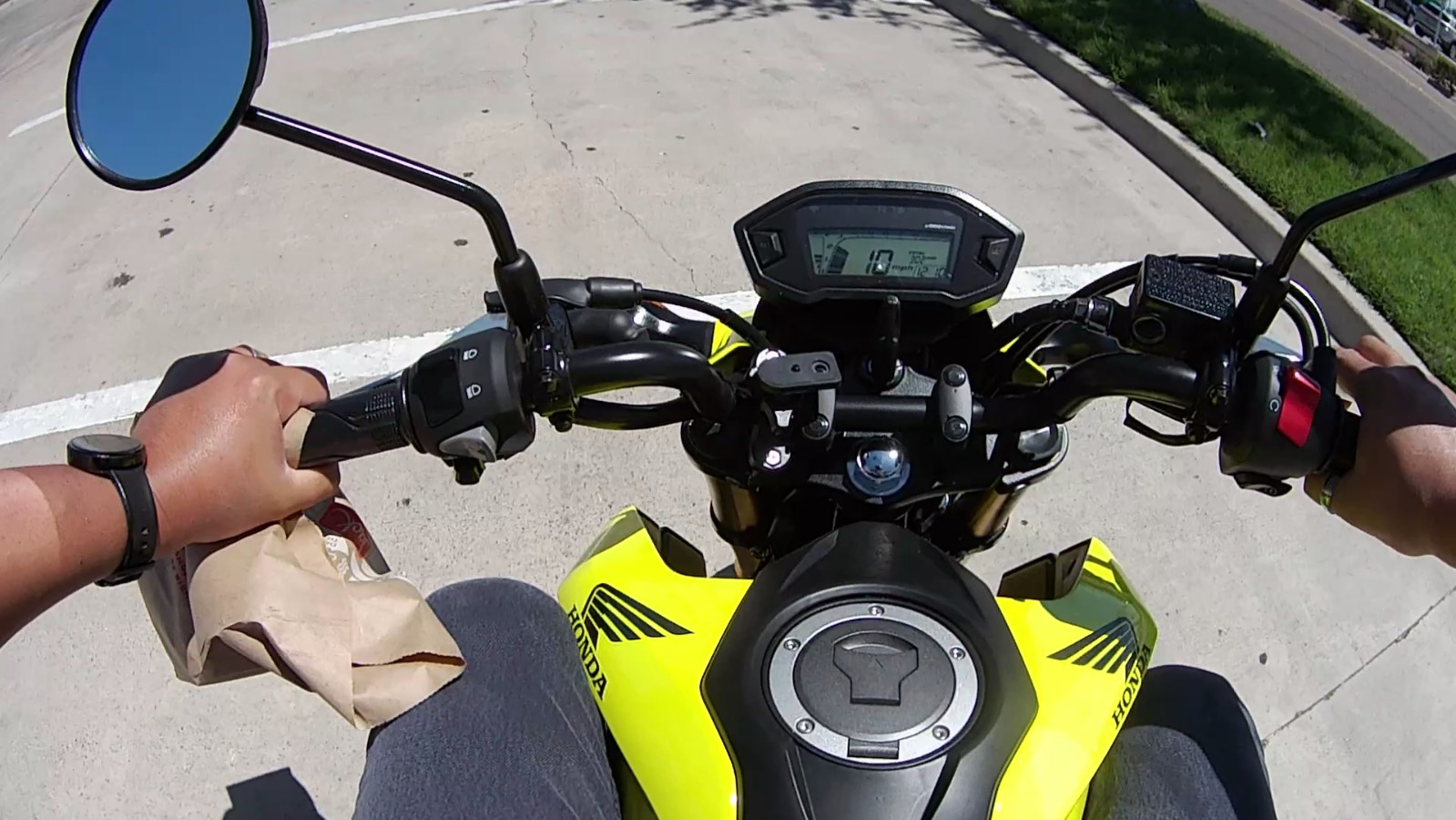 This week marks three weeks of Grom life. I am loving it! I am also getting a tan, which I’m not to found of,  but hopefully I’ll be getting a riding jacket which help with that and with safety if I take a fall.

This third week is also the first full week I was able to take the Grom to work. No rain! 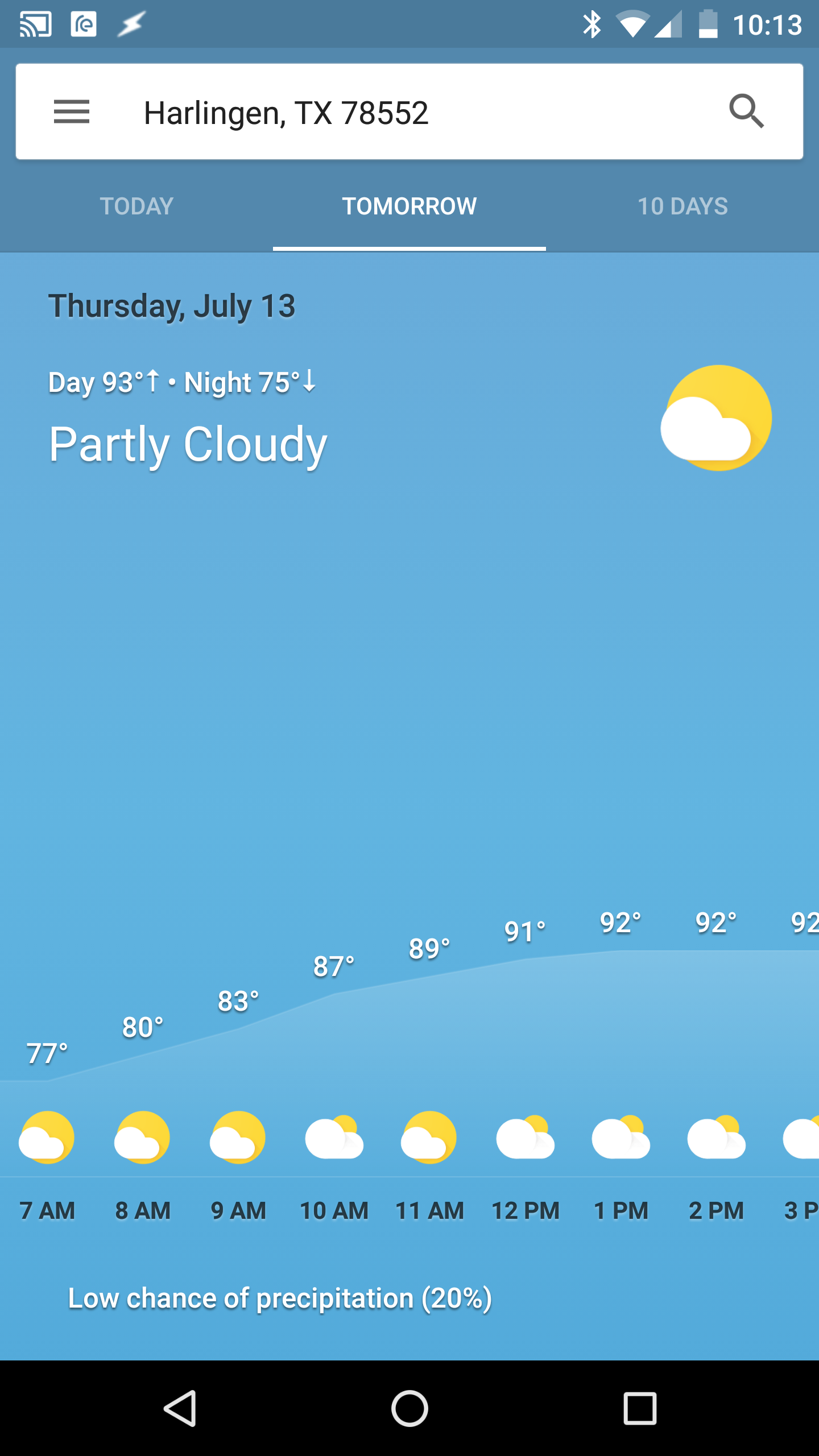 That’s my current obsession right now. I want to ride the Grom everyday to work, but I don’t want to ride it if it rains! I’m too much of a grom (newbie) to ride in the rain. 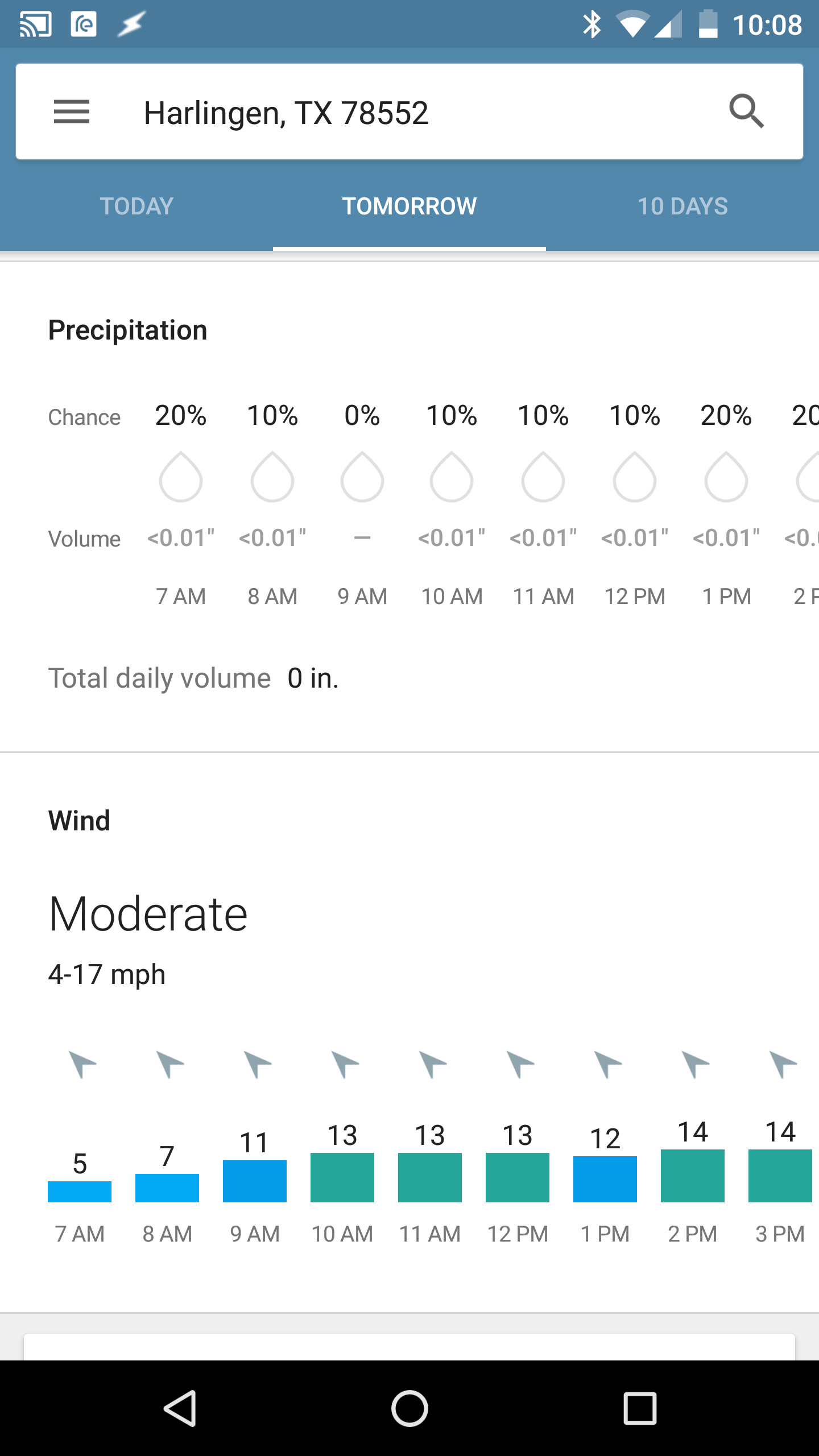 Drive Thru On The Grom 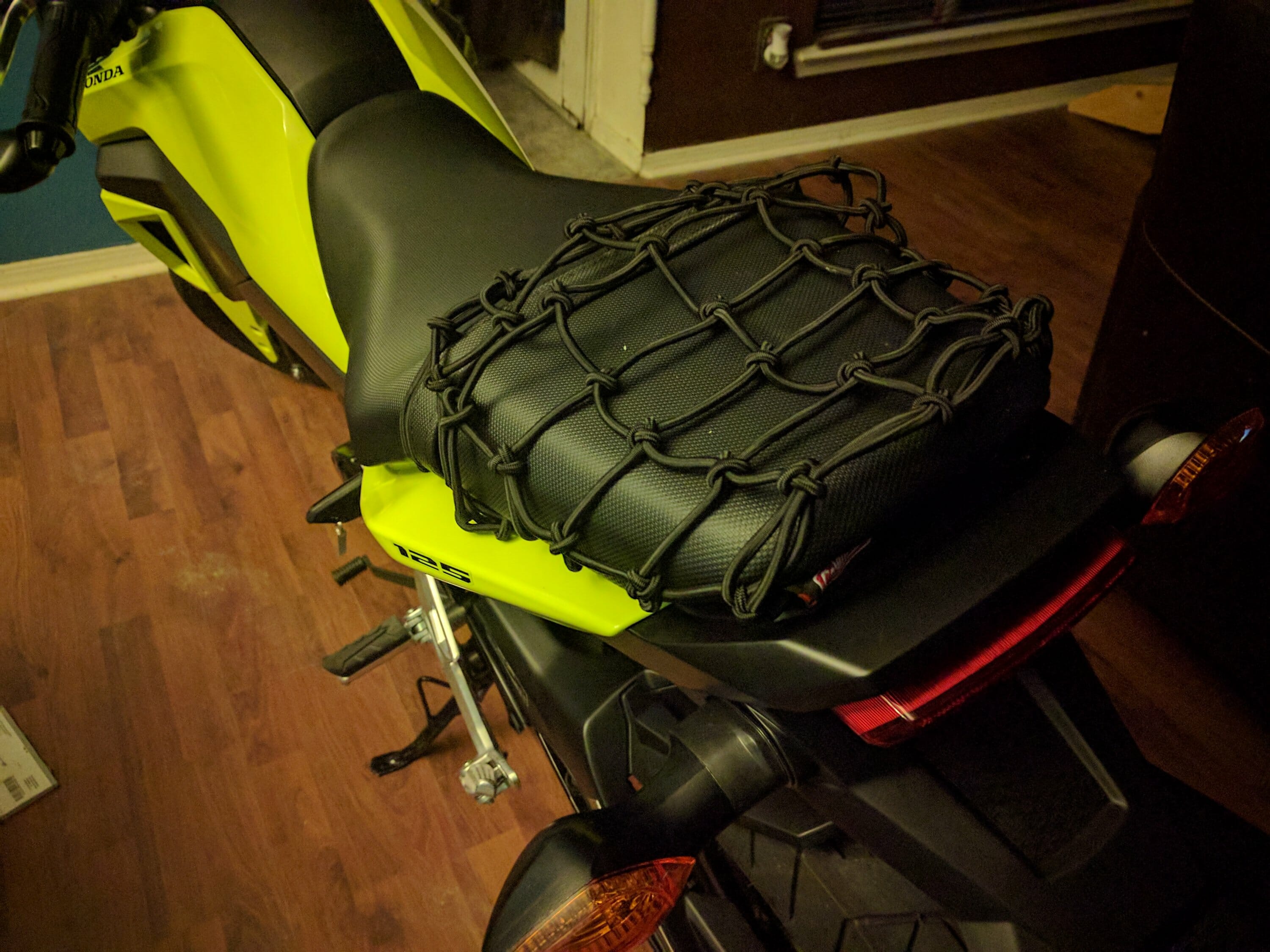 So, during the work week, I drive thru a lot. I’ve been going over different options to carry my food back home. My backpack would probably squash my food. I saw some cargo nets online so I picked one up at Walmart. A Coleman MadDog for $4. I think it might work. 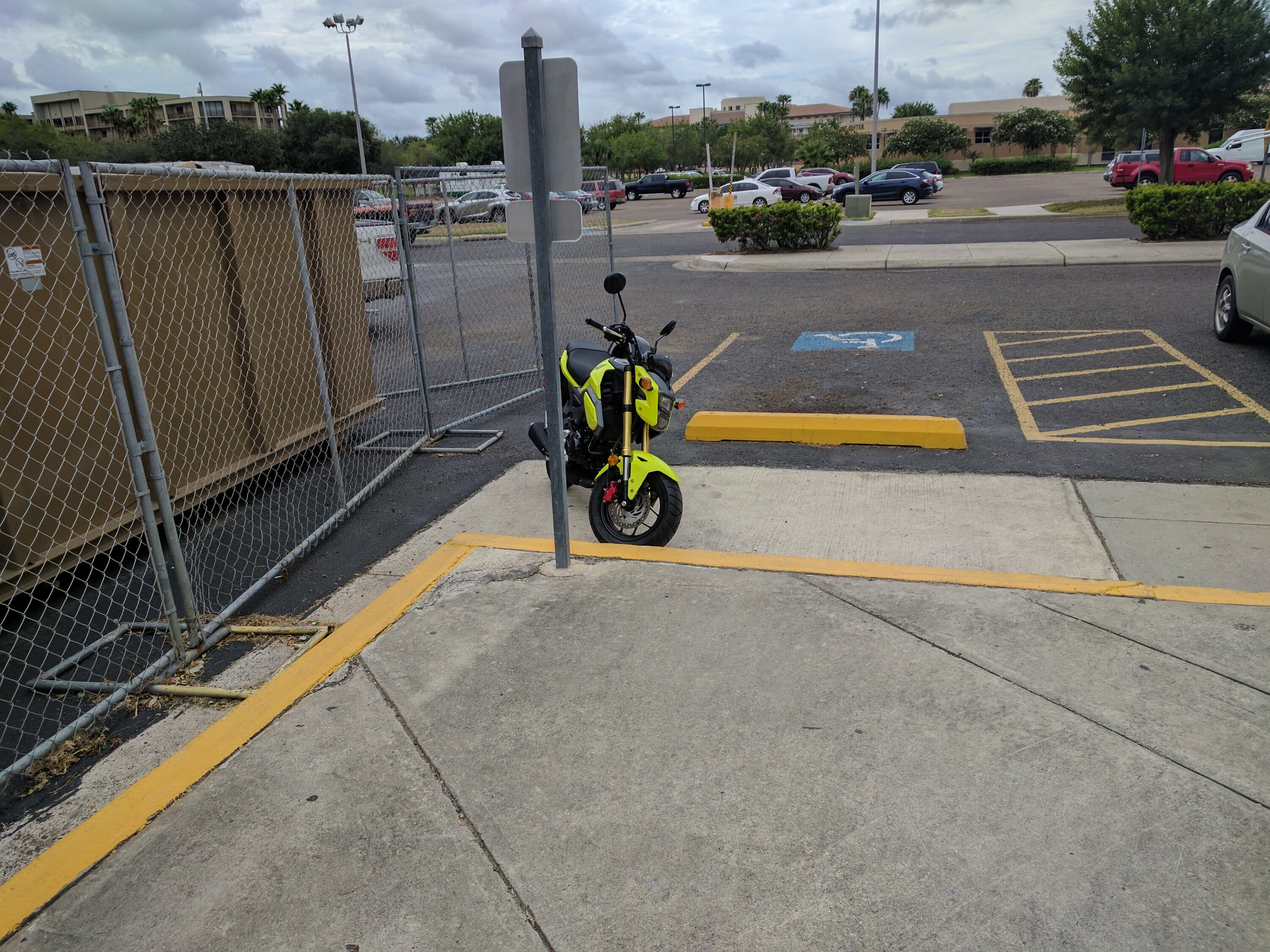 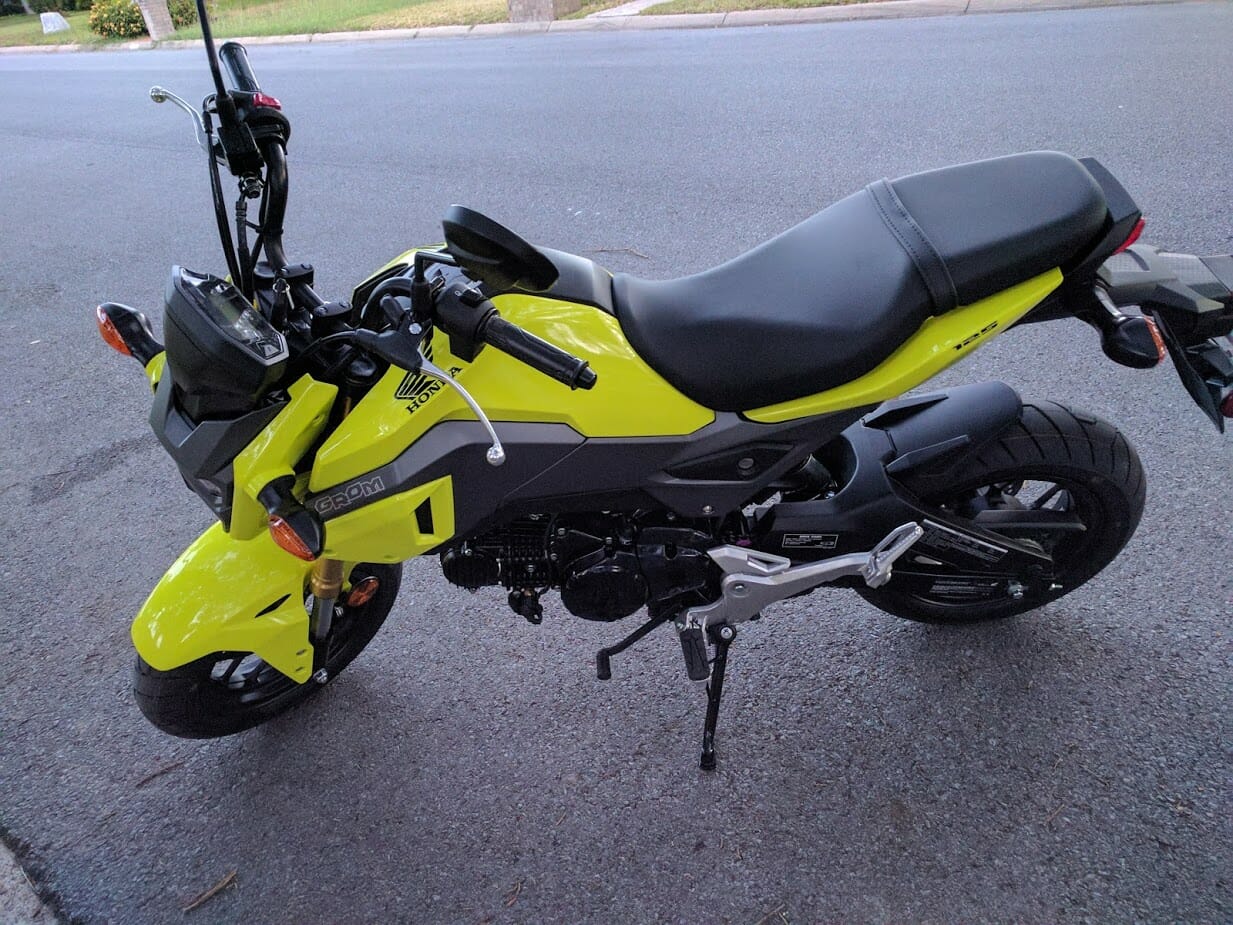 Last Friday we drove up to Georgetown to pick up a 2017 Bright Yellow Grom, and I have been loving it. I started off riding around the neighborhood to make sure I still remembered how to drive a motorcycle. It took a couple attempts, and a few embarrasing moments at the stop sign, but I finally got my groove. I am no longer fearful of stop signs and red lights!

I didn’t want to spend any more money so I went on the hunt for a used Helmet at the pawnshops. I visited about 5 pawn shops and found one for $59! It fits really well, and did not seem to be that used. Gave it a good once over with some cleaning products and hit the road with it. I am already looking at purchasing a brand new helmet from the same brand later on. Vega.

Because of the holiday, it was a short work week. I was only able to take the Grom to work two days of the three we worked because of Rain. On Friday, I only took the Grom after lunch. My General Manager even gave me permission to park the Grom right on the curb so that it can get some shade. That was a huge relief as I wasn’t sure where to park the Grom. 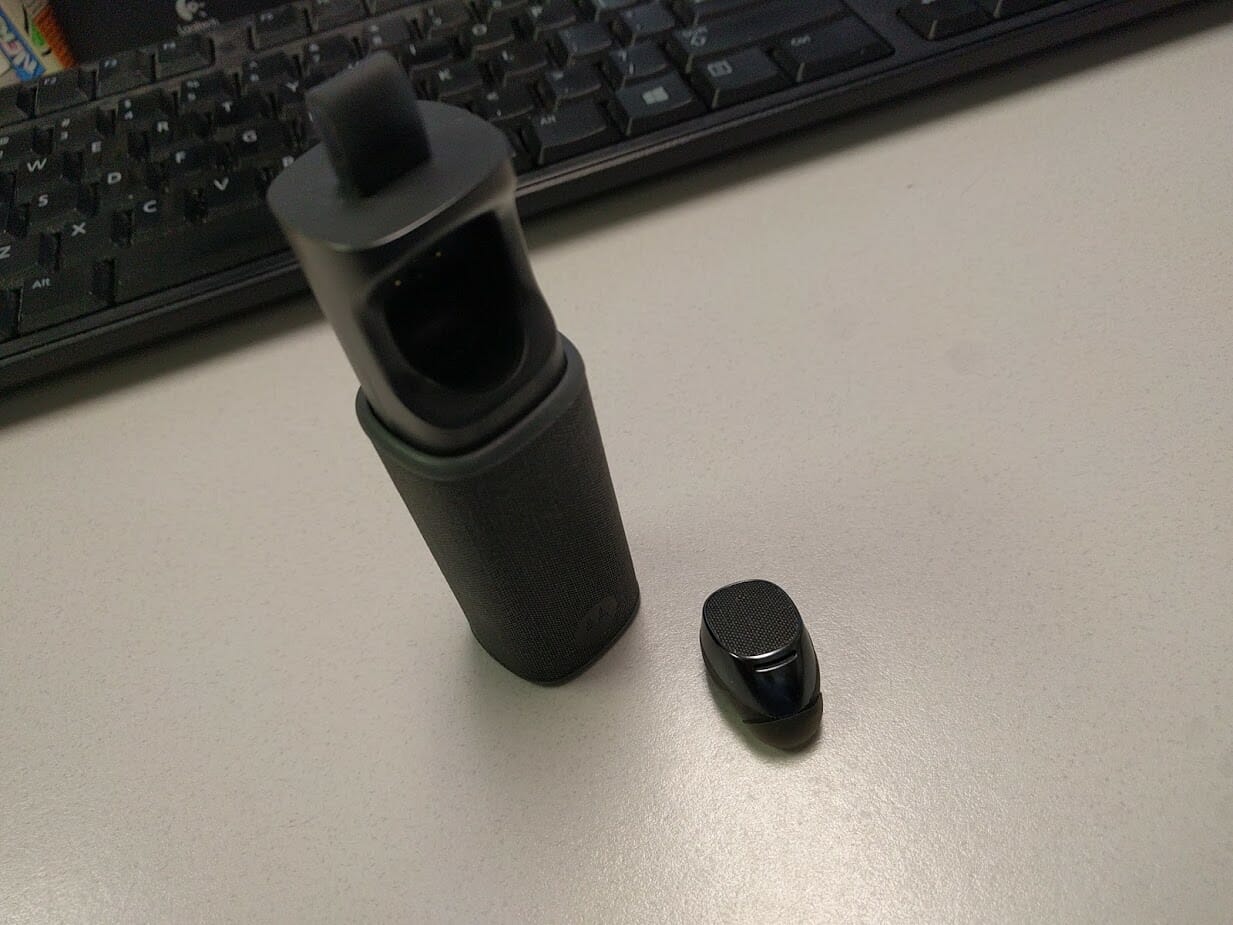 The first gen Moto X was the best non-nexus phone I ever owned. Not only was it practically Pure Android, it had some great hands free features. Now that I riding around in the Grom, I bought a Moto Hint to send me notifications to my ear. BUT, since it was an impulse buy at a pawn shop I didn’t do my research. Turns out all the cool hands free stuff for the Hint is for Moto X phones, and probably other Moto phones. I am currently looking for homebrew bluetooth apps to get the same experience as the Moto X with the Moto Hint. For now, it’s just a simple bluetooth earpiece. It does send my Audiobooks to my ear though. That’s cool.