Lunch quickly snuck up on me today and since there wasn’t really anything at home I wanted to eat I took the opportunity to jump on the Sled and go on the hunt. I had spotted a BBQ Food Truck on Saturday that I had not tried so I went looking for it but came up empty. That put me in the mood for some BBQ so using my Bluetooth Helmet communicator I had Google call another local BBQ joint in town. Came up empty there too. One more BBQ joint to try so I pointed the Sled in that direction but also came up empty. BBQ joints close on Mondays around here. By now, I was thinking of pulling up to Chic-Fila-A and doing curbside, but then I remembered a Food Trailer I had seen on the other side of the tracks. It’s not a bad area, but I go in that direction so rarely it does feel like I am somewhere else. In fact, it feel like I’m in the sixth grade again since my Elementary School is down that road. If you’ve known me long enough,  you know that I am talking about Rangerville Road. I was in luck. The food trailer was open. It’s called El Patron.     I wanted something portable and fast so I asked if they had tacos. I was in luck. They had some of my favorite. Tacos Al Pastor. Pork tacos in a red pinapply sauce with Cilantro and Cheese. Packed it in my bag and off I went. I didn’t bother to check if the plate came with Charro Beans so halfway home I started to worry that the beans were now all over my backpack. I even thought I smelt them a few times. Luckily, they were refried beans so they stayed in place pretty much the whole ride. 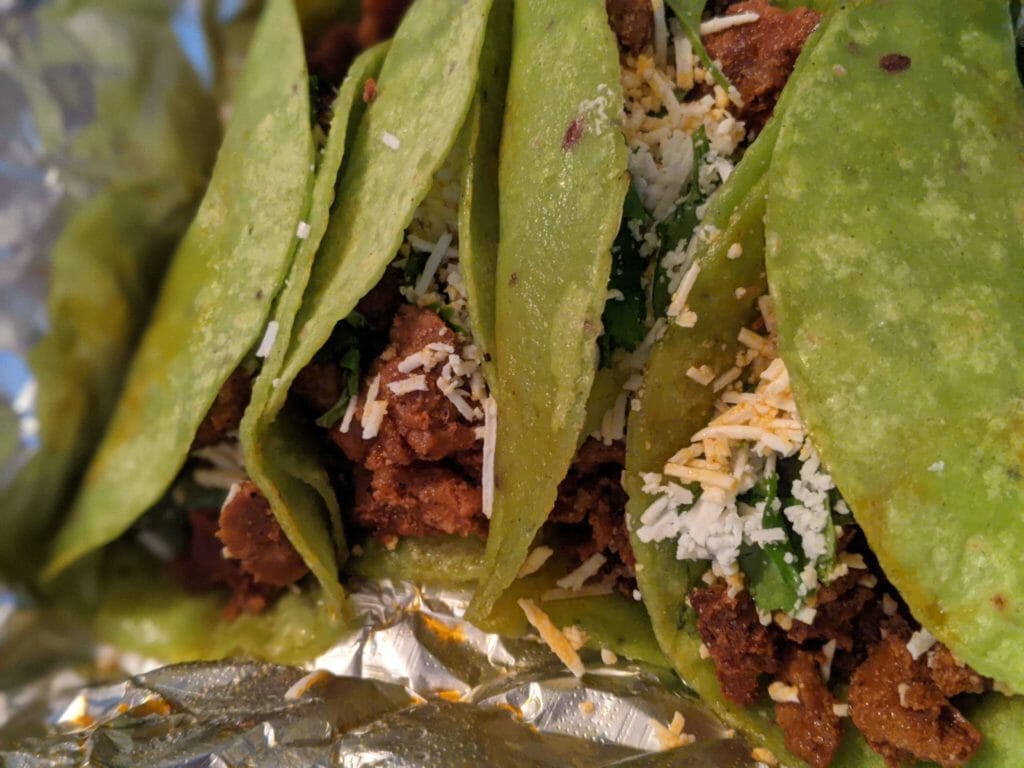 The tacos weren’t terrible and they were not great. If I was in a similar situation a few months from now, I’d go back. Bonus points for green tortillas. That was a first for me. More bonus points for the green salsa, but if the tacos were aces, I wouldn’t have needed that salsa. El Patron also serves all kinds of other snacks so might return for that. Check them out if you’re ever in Harlingen, TX

Lunch quickly snuck up on me today and since there wasn't really anything at home I wanted to eat I took the opportunity to jump on the Sled and go on the hunt.